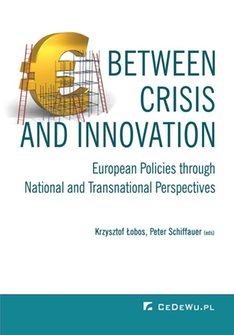 Does the global economic and financial crisis put European integration into question or does it rather constitute a challenge and an opportunity for the European Union to innovate both economically and politically and to become an actor in global policy that is capable to ensure sustainable development? Deepened academic studies of the European integration process show in an exemplary manner how the narrative of simplified drama as usually carried in the media cannot seize the complexity of contemporary society life and thus frequently misrepresents what is happening in European affairs. Conflicts of interest are unavoidable in an integrated economic area comprising 500 million human beings. The Union's choice to peacefully settle them, wherever possible through patient bargain and compromise rather than imposing the majority's will, is frequently misunderstood by the broader public. The more legitimate and important it is that academic research provides citizens and economic actors with background knowledge useful for monitoring on the grounds of their own judgment whether and to which extent the European Union's manifold activities do implement its solemnly declared values.

The scholarly contributions assembled in this volume examine a number of crucial issues of regional, national or transnational policy related to Europe's economic and political integration, with a particular focus on the developments after the Union's 2004 enlargement. The contributions pay thus tribute to the broad variety of activities characterising the Union's system of multi-level governance. By deepening knowledge, stimulating debate and reflection they contribute to a mosaic of awareness allowing to better understand how the regional, national and transnational levels while maintaining their diversity need to integrate their economic and political efforts for the achievement of peace, freedom, security, justice and sustainable welfare in Europe.