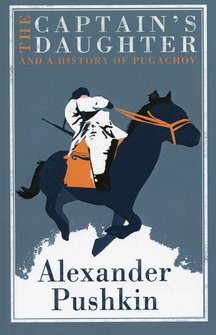 Set during the Pugachov rebellion against Catherine the Great, The Captain's Daughter was Pushkin's only completed novel and remains one of his most popular works. The inexperienced and impetuous young nobleman Pyotr Grinyev is sent on military service to a remote fortress, where he falls in love with Masha, Captain Mironov's daughter – but then the ruthless Cossack Pugachov lays siege to the stronghold, setting in motion a tragic train of events.

This volume also contains another work by Pushkin on the same theme, A History of Pugachov, which presents an impartial, meticulously researched history of the revolt, but was regarded in aristocratic circles as subversive on its publication. Together, these two works provide a fascinating insight into the character of the peasant who tried to overthrow an empress, written with the clarity and insight of Russia's greatest poet.